What is Blockchain Technology

Blockchain is sometimes formally referred to as Distributed Ledger Technology. The main benefit of a blockchain is that altering the asset history is very, very hard. The technology also ensures the ledger or blockchain history also remains transparent. Blockchain achieves the above two characteristics through its decentralized model. The use of cryptographic hashes strengthens security.

It can help you understand how blockchain works from the following analogy. Suppose you are using a cloud collaboration tool like a Google Sheet or Doc. You create the file and share it with the people you want to. But in this sharing, the original file is not copied. In its place, this model makes the file distribution chain decentralized. Several people can work on the document at the same time. There is no need for a person to release the sheet for others to modify it. Real-time tracking keeps a tab on modifications done to the data by everyone. The monitoring makes the whole process more transparent.

If you are new to the concept of blockchain, then this analogy should help you understand it.

The three main characteristics of blockchain are as follows:

The uses of blockchain are as diverse as the promise of the technology. Besides financial and security applications, blockchain can help prevent manipulation in online voting. And that is just a start to the list of its potential uses.

How does blockchain work?

A blockchain consists of three crucial components. These are:

Block data starts with a random nonce. For the layman, a nonce is a 32-bit whole number. These random nonce are generated upon the initiation of the block. This nonce then creates a hash for the header of the block. The hash is a 256-bit number (small in value) associated with the nonce. The generation of the cryptographic hash makes them inseparable. Only mining the block can modify the association.

Miners create new blocks. Through the use of special software, a 256-bit hash is generated from a 32-bit nonce. Arriving at a suitable nonce-hash combination requires four billion such combinations on average. There is only one way to modify any records in the digital ledger. But it would need you to re-mine the particular block along with the blocks that follow it. The sheer computing power required to do so makes blockchains highly secure.

The distributed ledger format ensures that no single party can own the whole system. Nodes or electronic devices keep blockchain copies. It is through such nodes that the entire network carries out its work. When new blocks are mined, the nodes update the records. The transparency of the system makes it possible to check and verify everything.

Contact Smartweb today to see how we can help your business implement Blockchain Technology. 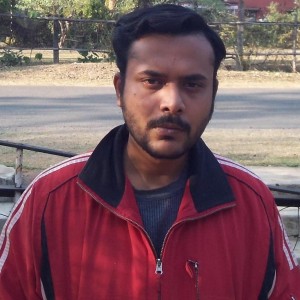 I have 5+ years of experience writing for digital marketing, content marketing agencies, and individual businesses. I stand out in the ability to write quality content irrespective of form and topic (with reasonable exceptions). Creativity is my primary forte!

A Few Other Good Reads

Storage requirement of Data is an ever increasing phenomenon. The increasing pace of new emerging websites generating enormous data needs a matching increase in storage

How Working from home is becoming the new norm

The COVID-19 crisis has certainly encouraged remote working. But the question mark over its suitability for all people looms large. Today more people are working

What is Information Technology?

Information technology refers to the use of computer systems and telecommunication hardware for the purpose of storing, retrieving, manipulating, and processing data and information. Basically,

Did Your IT Team Prepare You For The Coronavirus (COVID-19)

Are Your Employees Ready to Work Remotely During Emergencies?

As the coronavirus (COVID-19) continues to spread around the world, many companies are evaluating their technology readiness to have their employees work from home – while weighing the potential security risks involved.

If you’re not sure where you stand with your remote work capabilities, our experts would be happy to assist you with any questions you may have.