Skip to content
Home/Uncategorized/What is the difference between science and technology?

What is the difference between science and technology?

So, take a look at a few of the primary differences between the two fields.

Science and Technology have different purposes. While scientists try to understand the physical world and explain how things work, engineers try to apply the knowledge generated in the world to solve physical problems to make life better for humans or animals.

Engineers rely on the engineering design process. They define the existence of a problem. Once they identify a problem, they can identify the criteria and constraints, come up with ideas on how to solve it, create technology, and then improve upon the design of the technology.

For scientists, the end-goal is to generate knowledge. Hence, they rely on their methods and means such as experimentation and observation to further our understanding of the universe. The final result in science is usually a book or a research paper.

Engineers rely on existing knowledge to solve a problem by creating a technology.

For example, the lightbulb is technology that has been made using the existing knowledge of electricity and thermodynamics.

If you’re looking for managed end-to-end IT services to help you with your business needs, then book a consultation with SmartWeb today. 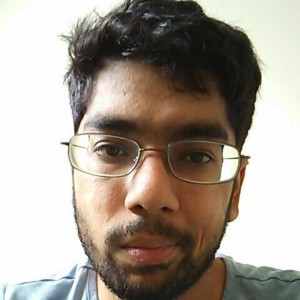 Aaryaman Aashind is a writer and concerned global citizen. When he isn’t researching stories, you can find him marveling at the passage of time or commenting on the weather.

A Few Other Good Reads

Storage requirement of Data is an ever increasing phenomenon. The increasing pace of new emerging websites generating enormous data needs a matching increase in storage

How Working from home is becoming the new norm

The COVID-19 crisis has certainly encouraged remote working. But the question mark over its suitability for all people looms large. Today more people are working

What is Information Technology?

Information technology refers to the use of computer systems and telecommunication hardware for the purpose of storing, retrieving, manipulating, and processing data and information. Basically,

Tell us your technology needs

Let us help you get your business technology infrastructure needs in check so you can focus on what really matters, the business.

“Smartweb Inc. has been our IT partner during the last 20 years and has provided excellent IT support, and response to my company. I would recommend their services.”
P. LeibowitzCEO
“Smartweb, our technology consultants for over 15 years have provided us with cutting edge technology at a fraction of the cost. I highly recommend their services.”
B. LeonardCOO
By Aaryaman Aashind|2020-05-20T20:33:51-04:00May 11th, 2020|0 Comments

Did Your IT Team Prepare You For The Coronavirus (COVID-19)

Are Your Employees Ready to Work Remotely During Emergencies?

As the coronavirus (COVID-19) continues to spread around the world, many companies are evaluating their technology readiness to have their employees work from home – while weighing the potential security risks involved.

If you’re not sure where you stand with your remote work capabilities, our experts would be happy to assist you with any questions you may have.